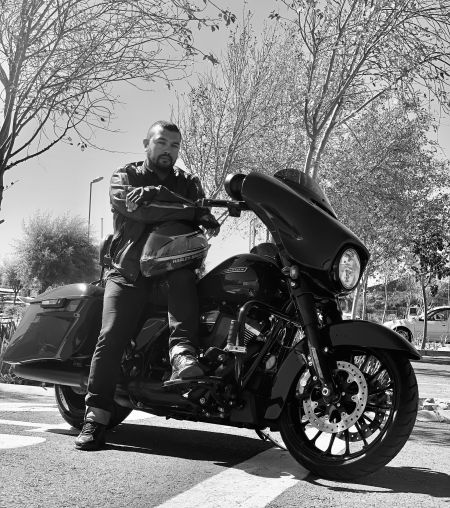 Ever so often, you tick off a day in your life as “a good day”.

With the hustle and bustle of life, in between getting the kids to school, planning your retirement, doing the monthly grocery shopping and the mundane task of choosing between beige or white paint for the guest bedroom – you’re left with a few minutes to just kick back and relax.  This relaxation is then probably interrupted by some text message from someone trying to sell you life insurance.

Where exactly do we draw the line between enjoying life and just being alive?

The Annual 8 Passes Run is not just a Sunday ride out for like-minded folk who want to throw caution to the wind and stick it to the man. It’s also a ride which will quite literally remind you of why we ride in the first place.

From getting soaked on the N2, to bad visibility on Sir Lowry’s Pass, to the clouds clearing in Grabouw and the first stop in Robertson to refuel – there’s a sense of adventure.  That’s what riding is about.  It’s the comradery between you and your best biker buddies.

A complete stranger pulls up next to you at your first refreshment stop and starts chatting.  This might just be a pit stop but it could also be a start of a new journey between you and a new familiar face in the biker fraternity.

Inevitable as life is, you’re greeted by a stop and go system outside of Robertson.  Now, in a car, you’d be frustrated and turn the aircon on while your contact lenses dry up and your asthma kicks in.

However, on your Harley, you’re listening to your buddy blasting ACDC and you subconsciously start singing along while waiting for the sign to flip.  He sees you doing so and asks if you’ve seen them live before.  You start chatting about live acts vs the current crop of garbage on the radio and you realize something… Riding is a live concert, the mundane life is a radio show.

There’s another 350km to go before this live concert is over.  On the N1 back to Cape Town you check your mileage, smile and conclude that you’re going to do the 8 Passes Ride again the following year.

After all, today was a good day…